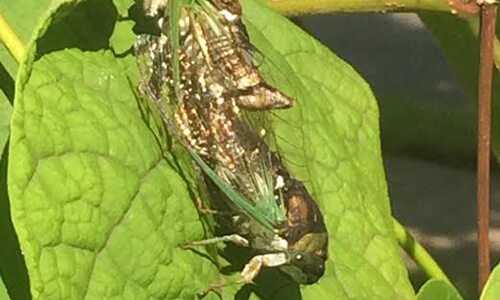 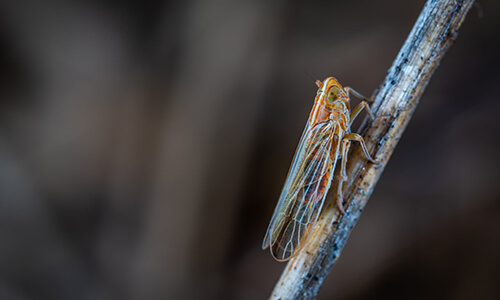 Immature periodical cicadas develop underground and feed on the juices of tree roots. After 13 or 17 years, they emerge from the soil when the temperature eight inches below the surface reaches 64 degrees. Once above ground, the periodical cicadas feed from a wide variety of deciduous plants and shrubs. They will remain above ground for about a month to reproduce, before laying their eggs on tree branches and dying. The cicada offspring fall to the ground and burrow in the soil until they re-emerge 13-17 years later.

The majority of a periodical cicada’s life is spent in an underground habitat. The area in which a brood is located must contain a large population of mature trees. Once above ground, the periodical cicadas climb onto nearby vegetation to molt in leaves, copulate and lay eggs in slits the females cut on the ends of small tree branches. They are least active at nighttime when they are most likely up in the trees, and early in the morning when the temperature is cooler.

It is not uncommon to find hundreds of thousands of periodical cicadas per acre; however, they are only considered nuisance pests and do not pose any health threats to humans.

Periodical cicadas can cause damage to young trees growing in the landscape. To prevent this, cover tree saplings with netting or cheesecloth. Netting should have a mesh of no less than 1/4 inch and should be placed over the trees when the first male songs are heard. The netting should be tied to the trunk beneath the lower branches and can be removed after adult cicada activity has ended.